It started with a BANG! Saint Ignatius, the founder of the Society of Jesus ("The Jesuits") was not always a saint, and wasn't always a priest! This year, the Church of the Gesu will celebrate a very special anniversary of Ignatius' "conversion moment."

Ignatius belonged to a noble family in Spain, and to advance his career, his family saw to it that he was a page at an aristocratic court. Later, he fought in the Battle of Pamplona, where the Spanish and the French were contesting who would rule Navarre, and its capital, Pamplona. Ignatius was seriously injured when a cannonball hit his leg.

In his biography, he writes of the painful treatment he endured, and the great courtesy with which the French conquerors carried him to his home of Loyola for further recovery.

After suffering through multiple surgeries, barbaric by today's standards, he was forced to spend a great deal of time in bed to recover his ability to walk.

During that time, the only books that his caretakers could find for him were a Life of Christ and stories of the Saints. In his own chivalrous way, he asked himself if he could do for Christ some of the deeds that distinguished the saints.

Could he be like a Saint Dominic? Could he be a Francis of Assisi? As he challenged himself, he began to grow closer to Christ and aspired to be a saint himself. The result was that he gathered a group of followers and led them to Christ as members of the Society of Jesus. Our Gesu priests belong to the religious order founded by Ignatius and his "First Companions."

This year, we celebrate the Cannonball Moment as part of an "Ignatian Year." Click here for programming that will take place throughout the year at Church of the Gesu and additional resources and reflections.

For more on St. Ignatius' Cannonball Moment and his journey to find God, we invite you to watch the short video below. 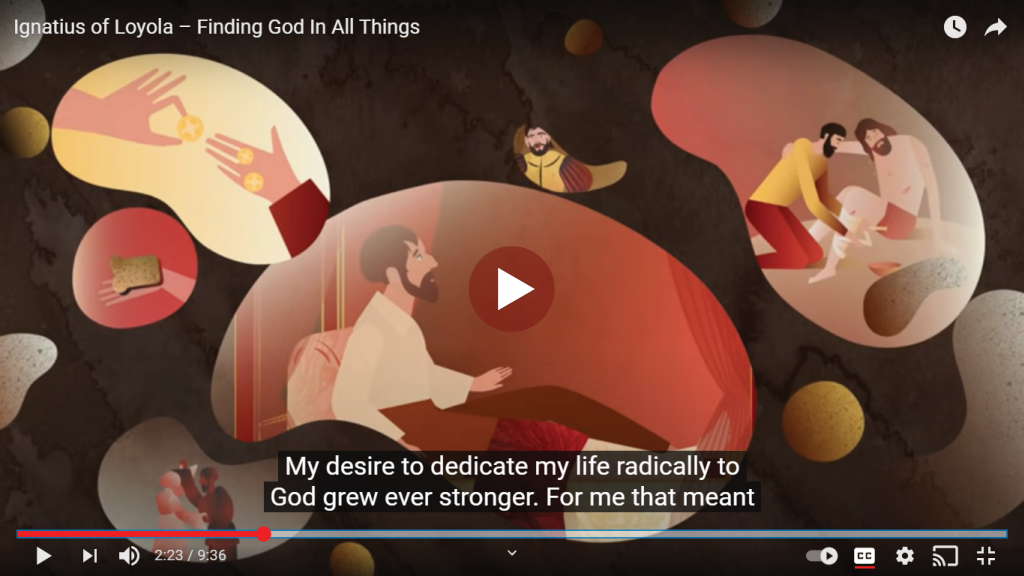